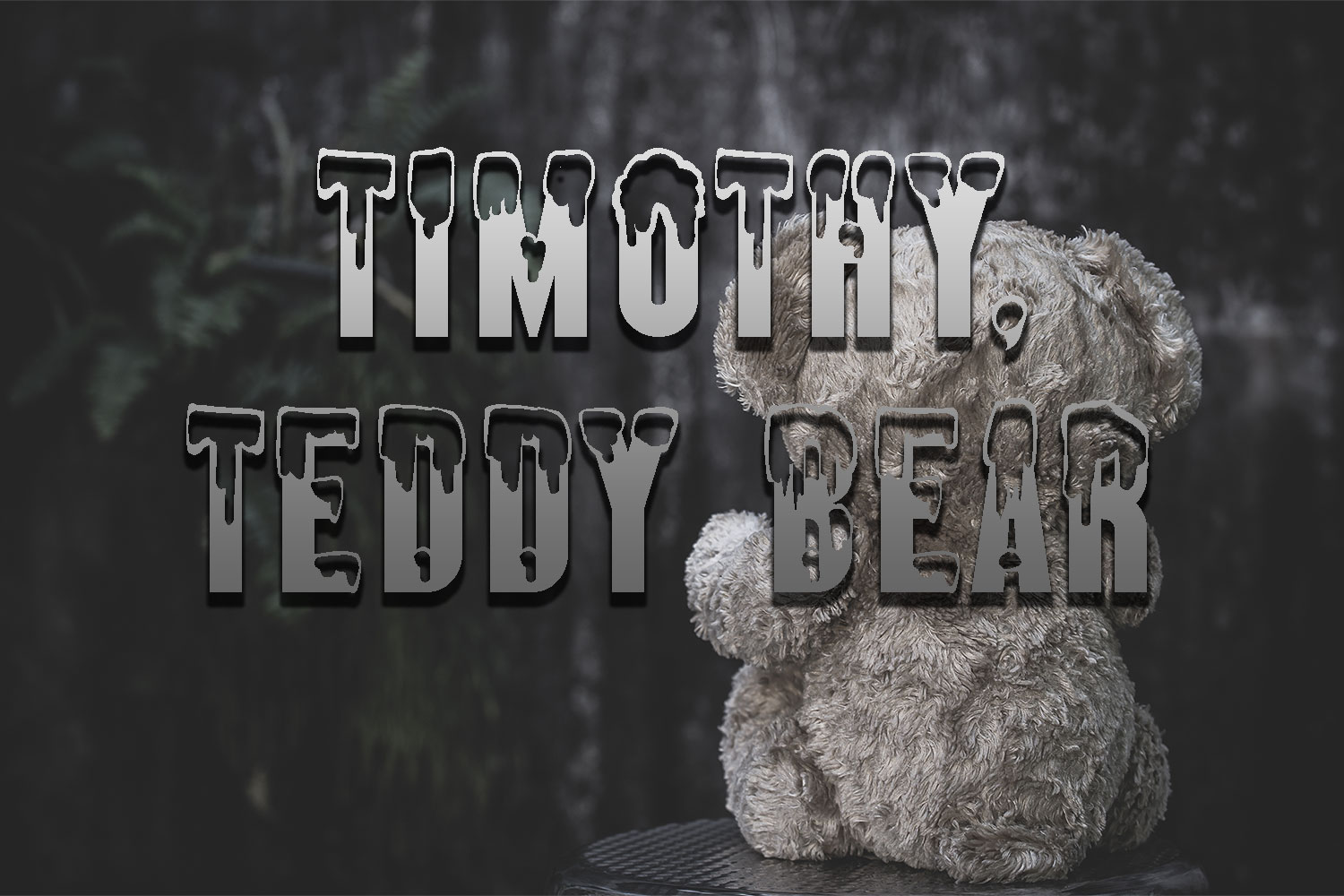 He couldn’t sleep listening to all the fighting at night nor could he play listening to all the silence during the day. In the beginning, he tried making his parents happy. He would tell them jokes, he would show them his acrobatics, he would hug and he would kiss them but his parents would only smile with their mouths, pat his head and turn away. Frustrated, he began to break things; he stuck a slice of bologna in the DVD player, he pulled all the books from the bookshelves, he threw one of his heavy trucks at the window in his room. All these efforts earned him were timeouts and spankings; the fighting and silence continued.

Defeated, Timothy did nothing but mope. All his food tasted like mashed potatoes and every game with other kids or that he made up himself frustrated him with too many rules. He saw no difference in the firetruck or the army man or the building blocks; they were all just lumps of plastic. There was nothing he wanted to do so he did that. Noticing the nothing he did, Timothy’s parents fought all the harder and he did more nothing..

Before long, Timothy’s birthday came. His parents threw a party and invited all the family, hoping to hide the growing rift. The guests were too loud, the gifts were boring, and the cake tasted like mashed potatoes. Timothy tugged at first his dad’s then his mom’s pant leg, begging them to let him go back to his room. His father encouraged him toward his new toys while his mother offered him another slice of cake; neither let him leave the party. After throwing away his third slice of cake, he wandered back toward the mountain of his new toys. His eyes passed over the chunks of plastic and the collections of wires to find a teddy bear hidden nestled amongst the junk. It was old; one of its ears were torn, it was lumpy but its eyes, like opals, were new and shiny.

Timothy stared into those eyes and felt a spark jump from the bear to him. The spark bounced around his head, slid down his back, and settled in the deep dark place inside him. In that instant, something ignited and a small ember trickled into life. That little ember spread warmth through Timothy and as it spread through his body, a smile spread across his face. He picked up the teddy bear, drawn closer into the eyes.

“Timbo,” Timothy’s dad stood behind him, “what you got there?”

Timothy showed him the bear. His father scrunched up his face.

“Who gave you that old thing?”

Timothy shielded the bear from his father. His dad put on a quick smile and ruffled Timothy’s hair.

“Found something you like, Timbo? Something that makes you happy?”

Timothy followed his dad back to the party, bear in arm.

Everything was different. The other gifts took shape and color before his eyes, his uncle’s jokes were ticklish, the cake was moist and sweet, and even his great aunt’s perfume was tolerable. His parents’s met in the corner and watched their son return. They held each other and smiled as Timothy showed his bear to his family; they even let him have a third, well sixth piece of cake. That night and several nights afterwards, Timothy sleep soundly; his bear was tucked in his arm and no yelling came from his parent’s room.

Timothy was playing with his trucks, his teddy bear watching him from his bed, when his mom peeked around the door frame.

“Timothy,” she said from behind the frame, “can you come to the living room?”

“Timothy” his mom grabbed his hand, “there’s something your father and I want to tell you.”

His dad opened his mouth, closed it, and turned away again.

“Timothy,” his mom took a breath, “your father and I have decided to get a…divorce.”

Timothy looked form his mom to his dad. His father was in tears.

“It means your mother and I…we…won’t be married anymore, Timbo.”

Timothy looked back to his mother with wide eyes.

“Your father means,” his mom squeezed his hand, “he and I won’t be living together anymore but nothing’s going to change for you—”

Timothy heard nothing about joint custody or how both his parents both love him over the snuffing of the warming flame deep within him. He felt the cold void rushed up and through his body. His hearing dulled until everything sounded in thumps. His eyesight lost all brightness of color. His saliva tasted of mush and the air smelled empty. He felt only the echo of him shaking the grips of the his parents and running to his room.

Timothy laid on the floor, watching his ceiling fan rotate. His silence and the lock on the door kept his parents away. Too far past crying, Timothy let his head fall to the side. He stared but his eyes were caught by a glint from the corner. It was the opal eyes of his teddy bear. Timothy pushed himself up and met eyes with the bear.

He felt a sparks jump like off a clash of blades within his body. Timothy crawled over to the bear, the warmth spreading further through his body the shorter the distance between them. On his knees, he edged his face closer and closer to the bear. He felt a roaring flame, almost smothering in its dark warm womb heat. Timothy paused, for but a moment, before jumping to be eye to eye with the teddy bear and letting the heat consume him.

It all went dark.

Timothy woke up to see himself looking at his hands and the top of his head. He struggled to move and he felt nothing; not his muscles straining, not his skin, not even his eyelids.

Timothy watched himself rise, fall, then rise again to stand on wobbly legs. Timothy watched his body turn and swing at him, knocking him on his side. He felt none of it, neither the slap nor his head bouncing off his floor.

“Stupid bear,” Timothy heard his mouth say before his body crumbled to his knees.

“Dinner!” Timothy watched his own eyes light up, “Food! Coming.”

Timothy watched his body stumble to out the door. Timothy heard a series of thuds then heard his father scream his name. A moment later he heard his mother add a screech.

Timothy tried screaming and yelling and thrashing about but he made no sound. His mouth was but a sewn thread and his muscles were plastic fluff. He was a teddy bear now and no matter how hard a teddy bear tries, no one hears it.

But they do carry it. Timothy watched his own funeral from his mother’s arms. His parents, grief-stricken by their son’s fall down the stairs, found consolation in each other. From the mantle over the fireplace, Timothy watched his parents’ love blossom from their shared lonely grief. At first he tried to contact them but as the days gave way to months and the months gave way to years, Timothy waited. He waited for his mother’s belly to bulge, he waited for small hands to reach up for him. Timothy waited and waited.

E.L. Gamble is a writer of historical fiction, fantasy, and autobiography. He graduated from the University of North Carolina in Wilmington with a Bachelor of Arts in Film Studies with a minor in Psychology and Creative Writing. He first published a novel, Sons of Slaves, in 2015. Eddie lives in St. Louis, Missouri.